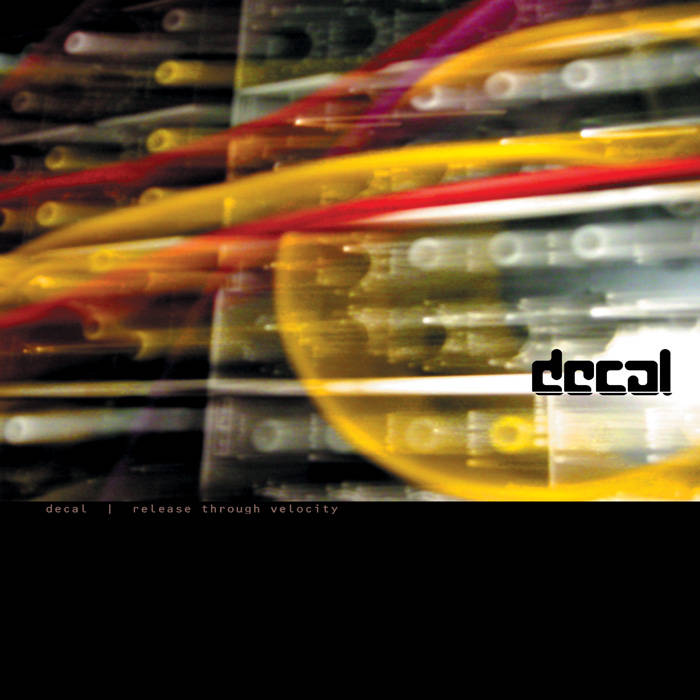 D E C A L B I O G :Alan O;Boyle and Dennis McNulty first started working with each other in late 1993. Drawn together by a mutual love of Codeine, Steve Reich, early electro and Detroit techno they began playing around with a four track, electric guitars, a crap keyboard and an amiga computer. They embarked upon a mission to make some music together, and to do whatever else seemed like appropriate activity for guys in their early twenties who hated their jobs and found their home town a little boring. Their first project that took place outside of Dennis's flat was to run a club called ultramack. The club which started in January 1994, mixed live performances from the guys and their friends with projections which Dennis made. The price of admission included a free tape of the bands that had played.In September 1994 they released their debut album, Decal: ultramack 004 on their own ultramack label. After the usual caper of having their album available in a couple of Dublin record shops, but nowhere else on the planet, Mark Kavanagh of Red Records sorted the boys with a distribution deal. The Album caught the attention of Sabrettes, Andrew Weatherall and Nina Walshe's label, who released Decal's germ rocket ep in June 1996. The same month the furious electro workout 'Eighties Funky' appeared on Miscellaneous the Second for Tony Thorpe's highly regarded Language Records. A year later they released the old skool hardcore meets dark side jungle mayhem of 'Endgame' on Leaf Recordings backed by a Klute remix.Through Ultramack they put out records for Anodyne, Deep Burial, Ambulance and Java, and managed to get them sold world wide, through an international distribution deal with cargo music. Decals second album 'Lo-Lite' was released on Ultramack in November 1997 and sold out of its 1500 units in one month. By late 1997, Decal had played two shows in the point depot, a couple of festivals, some cool free parties and far too many crap raves. They decided to start another club, where themselves and other Irish producers they felt an affinity with could play live, and where they could book overseas artists who they wanted to see. They set up Phunk City in the funnel, anewly opened venue on city quay. The club opened its doors in November 1997 with a live set by Plaid. Over the next two years phunk city rocked it every Friday night, with local producers and DJ's like Rob Rowland,Ambulance, Eamonn Doyle, Anodyne and Dave Cleary regularly joining the party. The long list of guests who played the club included Autechre, Speedy J, Andrew Weatherall, Alex Patterson, Mu-ziq among many others.Having a Club where they could play live as often as they wanted and drop new tracks into there DJ sets to see if they could rock the dance floor had a serious effect on their music, and the type of record label they wanted to run. In late 1999 the Funnel closed, and the boys threw one last Phunk City at the lissard gardens in west cork, with Plaid, Eamonn Doyle, CarlCraig's innerzone orchestra, super_collider and Andrew Weatherall playing in a circus tent till the early hours of the morning.Decal decided a new record label would be in order, to facilitate the new battle electro style they had been playing at Phunk City. They set up trama records and released Decal: Ble e.p. which featured the storming Iron Fist. It was quickly followed by the Aquatech e.p. and Phil Kieran's rip ep. Earlier this year trama released Decal - dreaming of electro she e.p, whichfeatured a Two Lone swordsmen remix of Iron fist. Trama is distributed by Dublin distribution.Decal have a radio show on Dublin's finest radio station Power fm every second Sunday between 8 and

Satamile Records was formed in the very early 90's rave scene of NYC. Since then it has been the longest running electro label in NYC. Satamile is devoted to taking the best elements from the past and pushing to form a new hybrid for the future. Satamile has done over 400+ techno events in NYC alone. A label that puts people behind its music and realizes the importance of our new techno culture. ... more

Bandcamp Daily  your guide to the world of Bandcamp